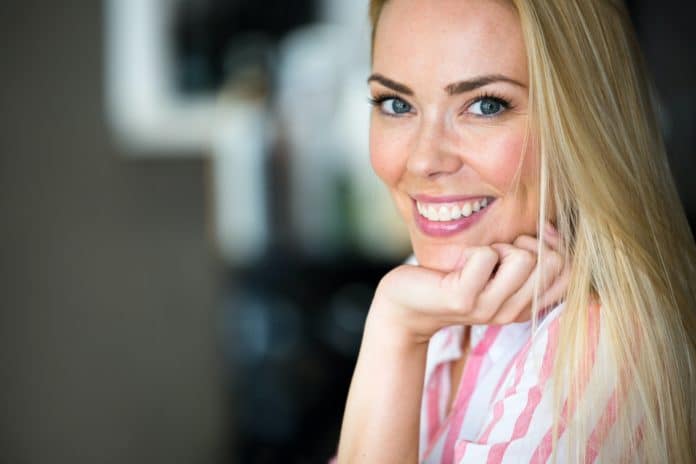 As part of the mission here at EndangeredEmoji.com, we hope to help people get to know each other better. To stick with that goal, here is a list of the best questions to ask a girl that will help you learn about the girls in your life.

Best Questions to Ask a Girl

1. What would be the most amazing adventure to go on?

Every girl has a Pinterest board for this specific purpose.

2. What’s your favorite day of the year?

3. What’s the closest to breaking the law you’ve ever been?

There must be a good story behind this one.

4. What would your spirit animal be?

Would you be more of an armadillo or a chimpanzee?

5. What are you good at, but also kind of embarrassed that you’re good at it?

Some hidden talents are more laughable than others.

6. What trend from the past do you think should come back?

Legwarmers were pretty practical, though.

7. What was the last movie you watched?

9. If your life had a theme song, what would it be?

Something that you might not hate waking up to every morning, even twenty years down the road

10. What’s something you thought you’d grow out of but haven’t?

We all keep some of the cutest things from our childhood.

11. Mentally, what age would you say you are?

We grow old on the outside, but really, we are all still kids.

12. How different was your life one year ago?

This is a deep question that requires some introspection.

We all have our secret bucket lists. What’s hers?

14. What’s the most heartwarming thing you’ve ever seen/experienced?

I’m sure it has something to do with fluffy dogs and serenading elderly couples and the like.

15. What’s something you love that no one else has ever heard of?

We’ve all got a few underground interests.

16. What would be on the blooper reel of your life?

For most of us, there would be more blooper reel than anything else.

17. After waking up from being cryogenically frozen for 150 years, what would be your first question?

18. If you could witness any event of the past, present, or future, what would it be?

It’s pretty difficult to nail down any one, singular, history-defining moment.

19. What do you want on your tombstone?

Kinda’ morbid, but also kinda’ cool to think about.

20. If you were president, what is the first thing you’d do?

Even if you’re not political, you’ve probably thought about this a million times.

21. If you could go back in time and delete the internet before it ever came to prominence, would you?

This question requires a certain level of introspection.

22. Have you ever thought about what kind of Superbowl ad you’d create if you could?

In other words, how funny can you be under pressure?

23. If you could make a 20-second phone call to yourself at any point in the past or future, when would you call yourself, and what would you say?

This is an intriguing concept and kind of scary to think about.

24. How would you survive a zombie apocalypse?

We all have a secret strategy.

25. What are your opinions on artificial intelligence?

And the conspiracy theories abound!

26. What’s something you used to often do but don’t do anymore?

We all have old habits that we may or may not regret.

Earth is a massive place with lots of places to avoid.

28. What’s something about your parents that you hope to emulate?

This is a good question to help you get to know her better.

29. What’s the most random fear you have?

Whether it’s spiders or thunderstorms, we’ve all got superstitions and wacky phobias.

If there’s anything we can all relate to each other through, it’s high-quality, binge-worthy soapy dramas.

31. What do you wish people would talk about less?

Is it politics? Global warming? The economy?

32. What’s the most significant lesson life has taught you?

This is a broad question, but one that bears discussion.

33. What art has been interesting or meaningful enough to make a lasting impact on you?

This is a unique way to get through the awkward small talk of a first date.

34. What aspects of your culture are you most and least proud of?

This is a pretty substantial question, so be prepared for some surprising answers.

35. What are the best and worst things about being a female in our society?

This is an important topic to discuss.

36. Has there ever been a stranger that has had a significant impact on your life?

We’ve all been impacted by strangers in some way, so this question is definitely something to consider.

37. What’s something you’ve accomplished that you’re proud of, but other people would think of as weird or silly?

Our hidden talents are sometimes the most embarrassing aspects of our personalities.

38. In your opinion, what time period do you think had the best fashion?

Would it be 18th century France? Maybe 17th century Italy?

39. What’s something trivial or small that you get super excited about?

Like puppies or kitten memes, maybe the icing swirling perfectly onto the cupcake.

40. What would the world be like if superheroes and supervillains actually existed?

If you can picture New York City up in flames and littered with alien corpses every other year, you’re probably pretty accurate.

41. What’s the most important change that should happen to your country’s education system?

This kind of question serves as an interesting and refreshing change of topic from the dull, everyday chatter.

42. What’s something you wish you would’ve started doing earlier?

This is the type of question that may make her think about all her regrets.

43. If you could put your brain in a robot and save your consciousness indefinitely, would you?

There are tons of follow-up questions that could stem from this one.

44. If you could replace the handshake as the universal greeting, what gesture or motion would you replace it with?

Would it be a high-five? Maybe some cool jazz hands or funky fist bumps?

45. Do you have any pastimes that make time seem to pass faster?

This is a great way to get new date ideas.

46. What always sounds like a good idea at the time, but rarely is?

College frat parties or drinks before noon, for example.

47. What is it about humans that fundamentally separates them from animals?

This is a pretty deep question if you think about it.

48. What historical fact are you surprised that more people don’t know about?

There’s a lot that people don’t know about history, even some of the most important parts.

49. What are you passionate about?

This is one of the basics, an old classic.

50. What’s something that you’ve never been very good at?

It’s important to share some vulnerability in a relationship.