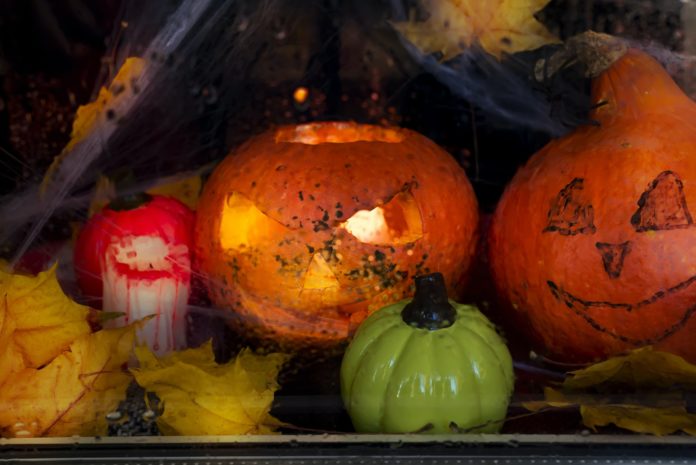 So, you are looking for a fun activity to do on Halloween night. You have come to the right place! After trick-or-treating, enjoying some trivia about Halloween is a great way to spend time with friends while you gorge yourself on your candy spoils. We hope you have fun, get closer to friends, and learn a little about Halloween that you may not have known before. Enjoy!

1. What was the 1st full-length werewolf movie, and when was it released?

Movies about werewolves were around before then, but they were not the full feature-length. If someone got this right, the rest of you are already in trouble.

2. In which country did Halloween originate?

Sometime around 2,000 years ago, people in Ireland, called the Celts, celebrated their new year on November 1, so they held a Samhain festival the night before to celebrate.

3. In medieval Europe, what were owls believed to be?

If an owl was heard, they actually believed it meant someone was about to die. Now we just use them to scare away other birds.

4. Jack O’Lanterns were first created with which vegetable?

People placed embers inside the turnips to make them glow and ward off evil spirits. Pumpkins were not used until the holiday came to America. Pumpkins were much easier to carve, so they quickly became the preferred medium.

5. What are the two traditional colors for Halloween?

6. Which country is the home of Transylvania?

The term “Transylvania” is Romanian for “across the forest.” It is actually an area in central and northwestern Romania.

7. What was the original reason for wearing costumes and masks on Halloween?

The idea comes from the ancient Celtic people. They actually tried to avoid being attacked by evil spirits by trying to blend in with them.

8. Name the author of Dracula.

He is better known with his nickname, Bram, and lived from 1845-1912. He started out as a journalist and ended up writing 12 novels.

To honor something, or a saintly

All Hallow’s Eve was a night for trying to avoid evil. They wanted to make a holy celebration to ward off any evil spirits, a great way to begin the Celtic New Year.

10. What was the name of Dracula’s sidekick?

If you know this one, you probably have this game in the bag! Renfield was a madman who was obsessed with living forever.

11. In which century did trick-or-treating begin to be a tradition?

It began in the 1920s and 30s in the western states and spread throughout the country over the next few decades, pausing briefly during World War 2.

12. What is a group of witches called?

In 1921, Margaret Murray wrote a book about witch cults. She was a historian who used the word “coven” in her book to describe the groupings of witches when they would meet with one another in groups.

13. What is it supposed to mean if you see a spider on Halloween?

A deceased loved one is watching you

We can only hope it’s someone who doesn’t wish you any harm, right?

14. What is the word for the fear of Halloween?

Aren’t most people afraid of something that happens during Halloween? It looks like some people can’t handle any of it.

15. Where did bobbing for apples originate?

It was an old British courting ritual. Maybe it should be done on Valentine’s Day instead.

16. What is the order of colors on candy corn?

If you love this candy, this is a must-know. It seems that this candy is something people either love or hate. Are any of your friends fence-sitters on this important issue?

17. In the Peanuts Halloween special, what are Charlie Brown and Linus waiting for?

This classic holiday tv special is one of many Peanuts specials that brings us all back to a nostalgic feeling every year.

18. What item is banned in Los Angeles only on Halloween day?

The municipal code ordinance actually states that you can be fined up to $1,000 for using silly string at any time during Halloween day.

19. What should you sprinkle on your doorstep to keep spirits out of your home on Halloween?

Throughout history, salt has been used to preserve and purify, so it naturally leads to using it on doorsteps to keep a home pure.

20. Where do vampire bats actually live?

They get a bad rap, but they don’t even drink blood. They drink milk from their mothers when they are young, then graduate to insects as adults.

21. What makes a werewolf transform into a wolf?

This should be an easy one for anyone who’s watched movies with werewolves in them.

The doctor who created a resurrected monster

Mary Shelley’s classic novel tells the story of Dr. Victor Frankenstein creating a creature, but most people think the creature’s name is Frankenstein.

23. Do pumpkins grow on trees, bushes, vines, or in the ground?

Do people still go to pumpkin patches anymore? You’d know the answer to this if you’ve been to one or ever planted them in your own garden.

24. In which state is it illegal to dress up as a priest, nun, or other religious leader?

It’s actually illegal to do this year-round. It may be like the laws about impersonating a cop. People trust them and want that trust to continue.

25. What unique ability is a person born on Halloween supposed to possess?

The ability to remain a ghost on earth after death, instead of moving on

26. When Halloween is spelled correctly, where is the apostrophe placed?

Between the two e’s (Hallowe’en)

“Even” in Scots means “Evening.” Hallowe’en combines “All Hallow’s Even.” The apostrophe shows where the “v” was dropped from (All) Hallow(‘s) E(v)en to create “Hallowe’en.”

27. To which continent are the round orange pumpkins used for jack o’ lanterns native?

The oldest seeds for pumpkin-like plants date back to 7000-5500 BC and were found in Mexico.

Do you know the first? Yep, it’s chocolate, of course, by a wide margin.

29. Where did author Mary Shelley come up with the idea for her Frankenstein monster?

She was pals with a bunch of writers, and they were having a competition to see who could write the best ghost story. The first vampire story also came from this competition, but Mary’s idea came to her in her nightmare.

30. What horror film is based on a true story?

It’s based on a house in Long Island where the owners claim to be driven out of their home by a “very strong force.”

This list of questions includes topics that may be deeper than you want to go with a guy, but there are also other questions...

Best Questions to Ask Your Girlfriend

Best Would You Rather Questions for Kids

Best Questions to Ask Your Boyfriend

Best Questions to Ask a Guy

Best Questions to Ask a Girl

Best Text Conversation Starters for a Girl or Guy

Best Would You Rather Questions for Couples

Best Never Have I Ever Questions

Best Questions to Ask Someone

Best Questions to Get to Know Someone

Best Topics to Talk About